Home | Blog | Room for improvement: How much space and storage is on offer in homes across the country?

When it comes to our homes, having the right amount of space allows us to create comfortable and practical living areas, but not all homes are made equal. 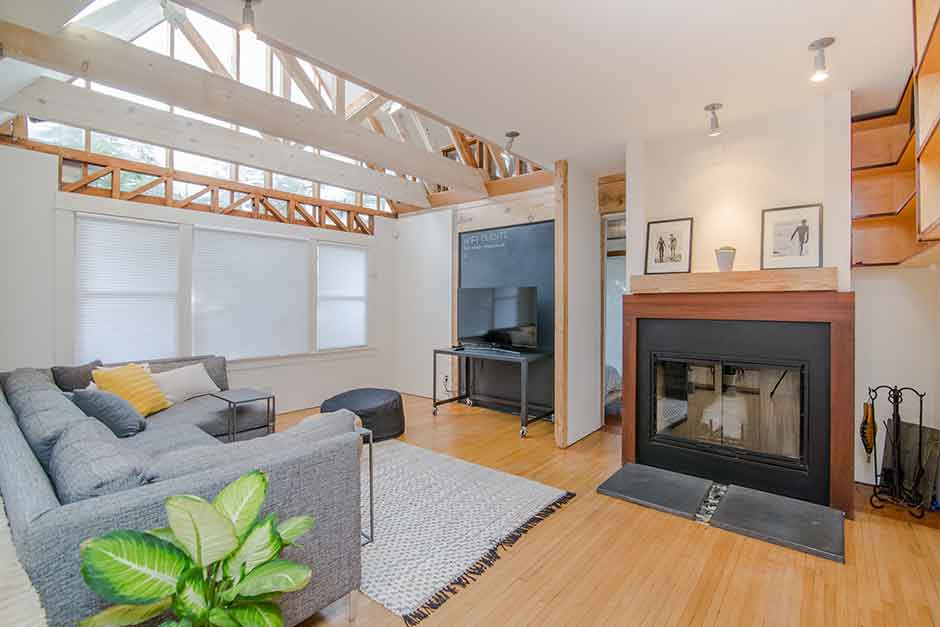 It may be no secret that Londoners, for example, have been priced out of buying larger homes, but how do UK homes shape up across other regions?

We wanted to find out just that.

We’ve analysed almost 4,000 data points from 650 live property ads across the country, in order to share exactly what you can expect to buy in each UK
region based on the UK’s average house price. We’ve also taken a look at Britain’s five largest housebuilders to get data on new builds, so we can
also uncover trends in this market and get a view of what future homes may look like.

Our findings reveal some interesting trends, so whether you’re on the hunt for more built-in storage, or you’re craving a home with a garage, read on to
find out more about our research.

Within the average UK house price bracket (£210k – £250k), floorspace averages out at 81.6 square metres, but Greater London, South East, Wales, the South
West and Scotland all fall below this benchmark. Unsurprisingly Londoners can expect the smallest living spaces, at a tiny 45.74 square metres on average,
with some of the properties measuring as low as just 21 square metres.

Outside of the capital, it’s South East residents who don’t measure up, coming in at 62.91 square metres, followed by Scotland at 72.31 square metres.

Those in the West Midlands are likely to afford the most spacious homes, with more than double the average floor space compared to Londoners at 104.92
square metres.

The UK regions with the most living space: 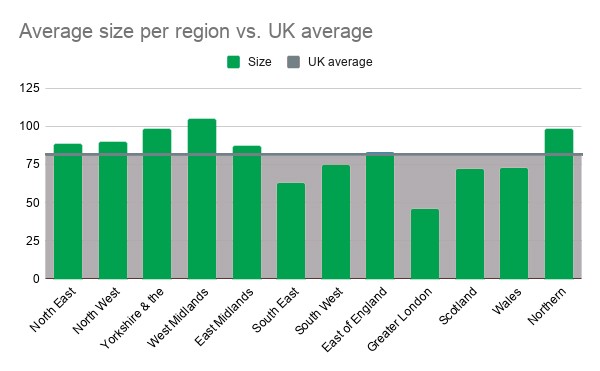 It’s also West Midlands residents who can expect the highest number of bedrooms for their money in England, averaging 3.02 against a UK average of 2.64.
Northern Ireland takes the top spot though, offering an average of 3.26.

When looking for a new home, one of the things buyers often look for is the amount of storage on offer – it’s also a big selling point from an estate agent
point of view. It’s with good reason too, as storage space provides you with the room to stash away anything you want to keep out of sight, letting
you maximise the floor space you have available in your living areas.

And it’s not just about cupboards under the stairs or pantries in the kitchen. Utility rooms and garages can have massive appeal for buyers and offer up
huge storage potential – in fact, having a garage can add up to 5% on top of the value of your home. So, where are you most likely to find these added
extras? 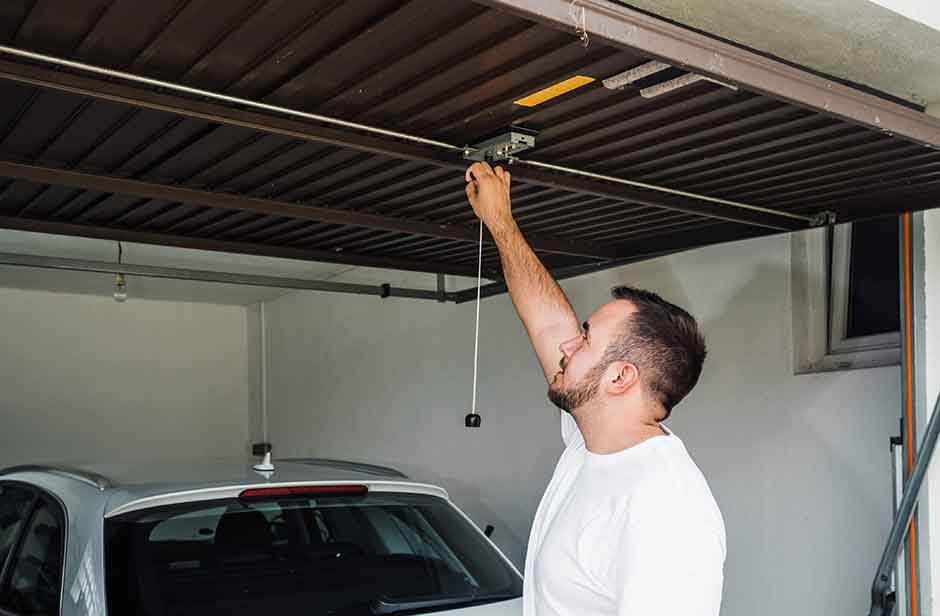 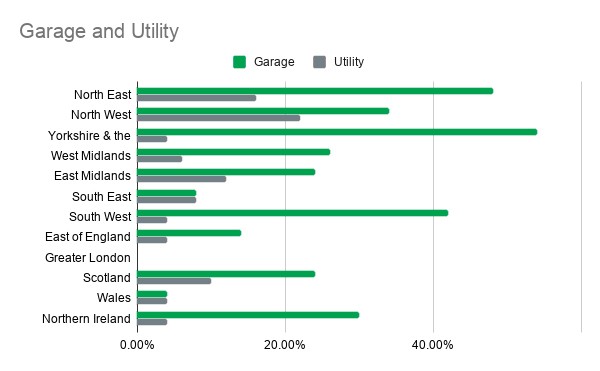 New builds on the block 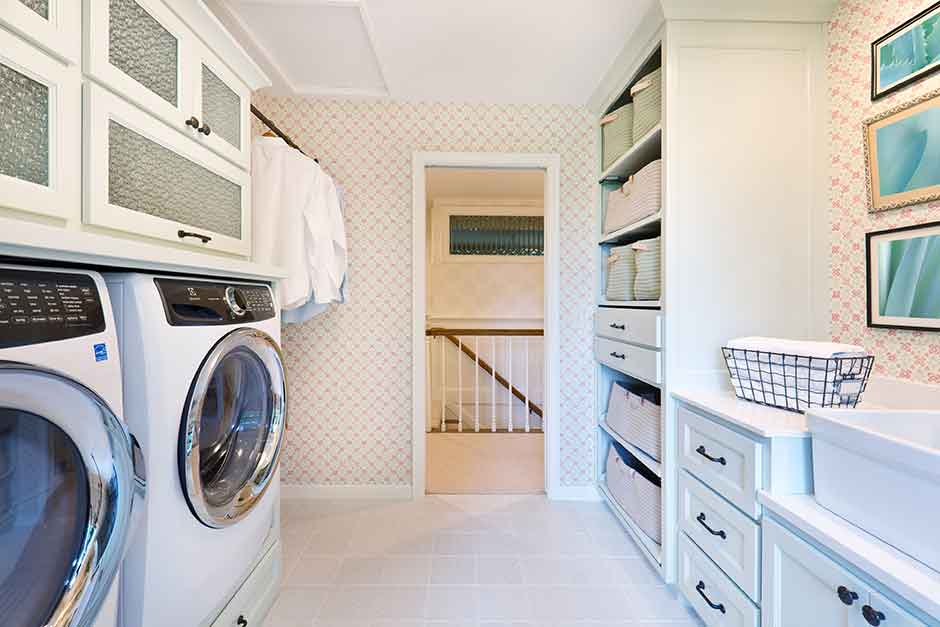 When it comes to new builds, the average asking price is higher at £302,749, but for that price, you can expect just short of 12% more living space at
an average of 91.19 square metres.

There’s clearly a trend emerging among new builds for utility space too: 46% of the new builds analysed included a utility room, which is more than six
times the national average. Utility space is clearly in high demand, as it’s an attractive feature for prospective buyers, so perhaps something to
consider for those looking to get their house on the market this year. 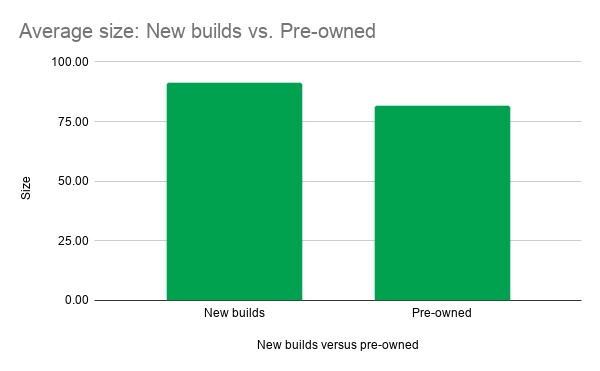 While the new builds we’ve analysed do offer more space and storage, many still prefer pre-owned homes or older properties with a bit of character, but
how have trends in size and storage developed over the years?

Well, while the 80s were all about big hair and big personalities, it appears the same can be said for homes built during this decade, which average out
at 84.48 square metres. The noughties aren’t too far behind at 81.98 square metres, followed by the 2010s at 78.47 square metres. Homes built in the
90s were found to have the least amount of floor space, coming in at just 74.05 square metres.

When it comes to built-in storage space in pre-owned homes, however, properties built in the 2010s come out on top, while also having the highest chance
of offering a garage; 54% of the homes analysed in this decade had garage space.

When deciding on a new home, space is up there with one of the most important deciding factors for buyers, so it’s important to know how your property,
or the property you’re planning on buying, measures up. If you are short on space, however, there are plenty of things you can do to really maximise
the storage space you do have available. Take a look at our blog for all of our tips and tricks,
or if you’re in need of some self-storage space, check out our calculator to
work out how much you might need.